Lines and shapes as tools for trading binary options

The most popular asset on the financial market is rightfully considered a currency pair. Such popularity is explained simply: the assets are liquid, directly dependent on macroeconomic news, there is an extensive set of tools for trading. That's why all trading platforms, brokers include this asset. EUR/USD is considered to be the leading pair. Traders call GBP/JPY the most "frisky" pair, which can reach the amplitude of 200-300 points during the trading session.

The movement of the chart of currency pairs quotes resembles waves, so it allows you to apply strategies, such as indicator strategies. They consist in a certain signal coming from technical indicators. Indicators analyze the zigzag chart by drawing trend lines.

But first we have to give trend detection. There are three types of trends: 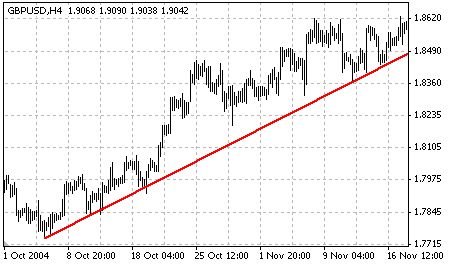 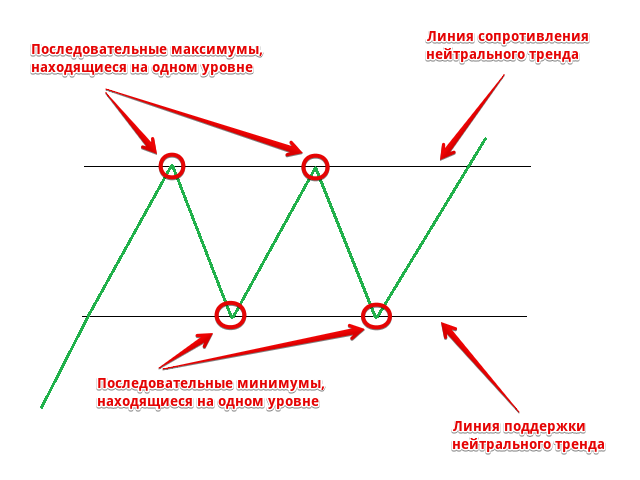 Lines drawn between two highs in a downtrend or two lows in an uptrend are called trend lines. They tell us how to identify a trend.

Plotting lines on a chart is not that difficult. Having two clear highs or lows, it is enough to connect them. The only thing to remember is that the steeper the angle the trend line forms, the less reliable it is.

It is better to use the trend line as a certain support (resistance) level Or play "break the line.

In the first case a bet is made when the price touches the support level in the direction of the trend line.

If it is preferable to play on the break of the line, then we act differently. We fix the price peak after the bounce by order (buy-stop, sell-stop) and only then enter the market with a bet. This way we eliminate false signals and increase the chance of success.

Calculation of option levels requires a certain amount of skill and experience. As well as the use of classical models of technical analysis, called "trend reversal patterns". There are many of them, but the most commonly used are triangle, flag, spike, double top, "head and shoulders", and pennant. Let's take a look at some of them: 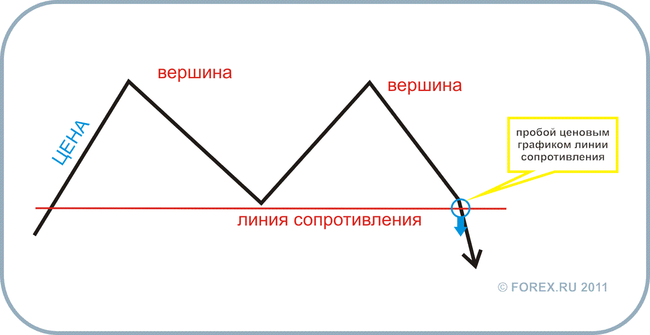 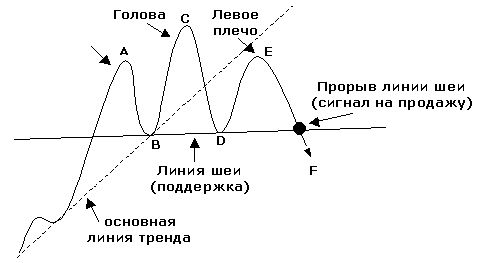 Almost all models are able to give a clear point of timely entry into the market, while the percentage of risk is low.

A very interesting option trading tool called "Fibonacci level". This is a rather subjective tool and should not be used on its own. Its essence is based on the concept of the Golden Ratio, which was given by the mathematician Leonardo Fibonacci back in the 12th century. He derived an interesting sequence of numbers, and many are convinced that the laws of the financial market are also governed by these numbers. To do this, they use Fibonacci levels and build a special grid.

Fibonacci grid is applied to the price chart manually using the tools offered by the platform. 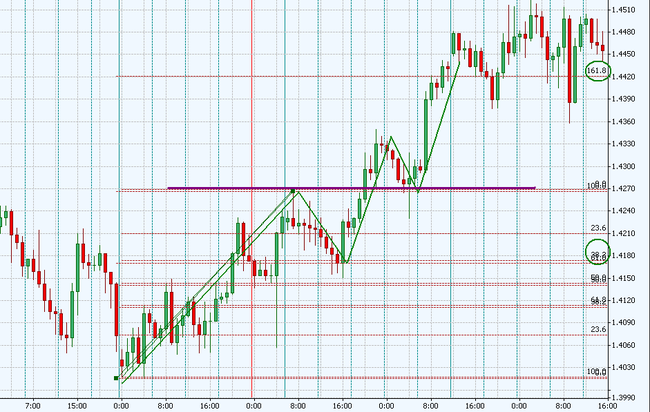 When constructing the grid, special attention is paid to the levels with the following values: 23.6%, 38.2%, 50% (these are normal Fibonacci levels), 61.8%, 76.4% (price reversal signal). The zero value is placed on the downtrend minimum or on the maximum of the ascending trend. It is used to construct a grid of lines with the above-mentioned values, put the "buy-limit" on the desired value, and wait for a pullback. If the pullback does not come, Fibonacci lines dragged to a new minimum (maximum). When the price reaches the target level, they enter the market.

But the Fibonacci lines themselves are not very informative, you have to learn how to determine the current direction and calculate the main market movement. To do this we use shapes "Japanese candles". This is a graphical tool that displays price changes in a limited specific time period.

If for 1-3 candles there are powerful price impulses, assess the size of the body of the candle. A large candlestick predicts the continuation of the impulse (growth or decline). It is on it that the Fibonacci grid is drawn.

Skillfully using the tools of market technical analysis, you can quickly learn the techniques of working at the brokerage sites and become a successful trader.